“The holes from 10 to 27 of the North Course bring some of the flatter land on the property into play. But there is still a reasonable mix of enjoyable holes, where each hole offers a different challenge.” – Carl Murphy. 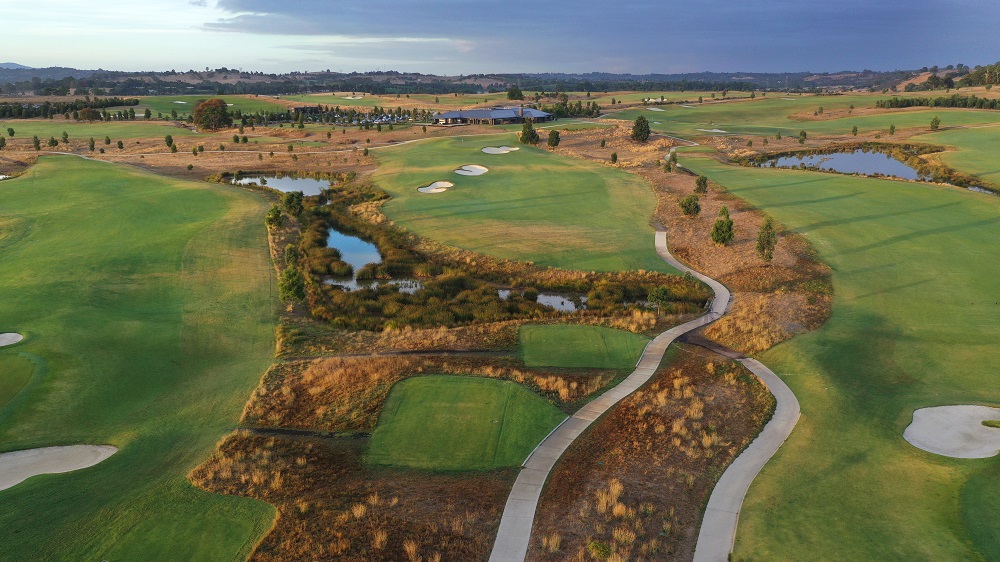 The second nine begins with a strong Par 4 that often plays into the wind – depending on the weather conditions this hole can play relatively short to extremely long. The tee shot is played downhill; and water down the left side will catch a wide tee shot. Playing down the right is the safe line but makes the second more difficult. Long on this hole is not a bad miss at all with a relatively flat putting surface.

Water lines the right side of the tee on this hole but will only catch a wide tee shot. Both the tee shot, and second shot are played to a generous fairway, but it is an advantage to have your second shot as far down, and as far left as possible – making your approach shot far easier. A big bunker guards the front right section of the green so it’s best to avoid that if you need to make Par – although Birdies can be made on this hole.

Hole 12 is the beginning of a three- hole stretch that can make or break a good day on course. A long and straight drive is needed to have any chance of reaching this hole that is played to an elevated and undulating green. If not on the putting surface, a challenging shot awaits no matter where you are, so best to hit the green and keep the damage to a minimum.

Standing on the 13th tee for the first time can be somewhat daunting. A shot of around 170 metres is required to circumvent the huge beach bunker which will catch any ball that is short and left of the target. The pin position can change the look of the hole completely, and par will always be a good score here. At first glance, short right looks to be okay, but it is far better having enough club to get on, or past the pin, and out to the right to avoid a big score.

If you thought the last two holes were tough, then take a breath and prepare for another one. After getting your ball on the relatively wide fairway, your second shot is played into a narrow area with water on both sides so simply hit it straight. The trouble doesn’t stop there – the approach to the elevated green is tough with short or long being penalised heavily. Short left is the best option if conservative and watch out if putting from above the hole as balls can easily run past the hole and finish off the green if you’re not careful.

A good chance for a birdie here.  Ideally your tee shot needs to be played down the left-hand side of the fairway to give a better angle on the approach. The length of your tee shot will dictate how aggressive you can get on your approach but ensure you get on the putting surface as there are lots of run offs around this green. Short and left is not ideal at all.

There are decisions to be made on this tee as the hole can be played with a 3 wood or long iron from the tee; or use a driver and play down the right side of the fairway to save some yardage. There is more room to the right than it looks off the tee but go with what feels best on the day. Water guards the green short so it’s best to take an extra club if in doubt. The green is a large one with lots of pin position option. Another realistic Birdie chance.

One of the shorter Par 3 holes on the course, but not without its problems as it plays uphill and is guarded by bunkers that will catch any poor shot. Club selection can be difficult on his hole  and it’s a tricky green, especially if you’re putting from above the hole. It is important to take enough club to carry over the large front bunker but be careful as long is definitely not the place you want to be. Take three and move on.

This long Par 4 will require every bit of extra length you can gain from your drive to reach the green in two. The tee shot is played downhill but what makes the second shot so difficult is how elevated the green is. A shot of 180 metres becomes 200 metres and needs to carry all the way on to the green to stay on; anything less will roll some 40 – 50 metres short of the putting surface. Take an extra club or two and hope for a Par, or a bogey at worst.

The third nine at Eastern starts with a good birdie opportunity. A wide fairway awaits to a green that can be reached in two shots however the pin position is key. The green is wide and narrow with a bunker at the front making the approach shot difficult. Quite often a full shot will be easier than one from close range.

Another short to medium Par 4 with a decision to be made from the tee – do I go right or left of the fairway bunker?  Down the right gives a slightly better angle for the second shot however can also bring the water into play. On the second shot, keep your ball slightly right as anything left of centre can easily find its way into the water.

The shortest Par 3 on the course is perhaps the best. From the blue and black tees, a shot of approximately 150 metres over the water awaits you – a precise shot is required here. The front left pin is the tough one but there is plenty of room to the right and short if you don’t trust your game. The back bunker provides a great backdrop for the hole but is definitely not the ideal place you want to be playing from.

The second of the Par 5 holes on the East nine gives another opportunity for a birdie but usually plays into the breeze. The line of the tee for most is the fairway bunker at around 230 – 240 metres. From there, avoid the fairway bunker on the right leaving an approach shot of around 100 metres to a large green that is guarded by a large bunker on the left.

A good drive is required at this medium length Par 4. The right side of the fairway is the safe play, although the left side over the fairway bunkers gives a better angle for your second shot. Once on the fairway, the best play is slightly left and long as anything short and right will leave a difficult shot from well below the green. Par is a good score at this hole.

A feature of all Greg Norman designed courses are good, short, Par 4’s and this hole is a good example. With the right wind conditions, the longer hitters may have a go at clearing the fairway bunkers leaving an easy approach shot; but the sensible play is down the left side. The safer you play from the tee, the more difficult the second shot becomes so decisions need to be made everywhere on this hole.

The second of the Par 3 holes on this nine requires a long to mid iron to a large green. The bunker at the front of the green is further back from the green than what it looks so don’t be fooled. Long is not a bad option here and like many holes at Eastern, the wind and pin position can play a big part.

Eastern being a second shot course can be seen on this hole more than any other. The fairway is wide and generous, so you can open up a little off the tee as long as you avoid the water hazards on either side of the fairway. The second shot is possibly the toughest on the course with the bunker at the front demanding a high shot from around the 180 – 200 metre mark. The smart play for most is to lay up on the second shot and leave a relatively straight forward pitch up the green. Birdies will be rare here.

The course finishes with a short Par 4 where you can open your shoulders and let your driver go. There is lots of room to the right here leaving an uphill short – mid iron to an elevated green. The second shot plays longer than it looks so be sure to take an extra club as long is better than short on this hole. 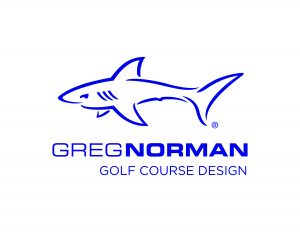